Social has taken over, don’t you think?

What was once just happening on facebook is on multiple channels.

LinkedIn are just a few of the platforms that we all know.

Most businesses are, at the very least, on Linkedin.

If they're not, in the main, they are being left behind as the world continues to figure out networking/ marketing and the remote working conundrum.

BUT should we use EMOJI’s

Or is it just plain annoying?

When I started in legal recruitment, many years ago, I remember a colleague getting an email from a client with their grammatical errors underlined in red and the corrected version sitting neatly alongside.

There wasn’t anything massively wrong with that colleague’s email, the odd apostrophe, a spelling mistake and a tense in one sentence from memory.

BUT so has the language we use.  AND so have the ways we communicate.  The speed at which we all operate has increased too.

Which brings me back to social.

Emojis are everywhere, on every social channel everyone posts with emojis.  So would you use them in a work capacity?

Personally I do on Linkedin all the time and I don’t see anything wrong with it.  In emails with job seekers and hiring managers I am far less inclined to – I do occasionally, but I would probably wait for someone to use one first! 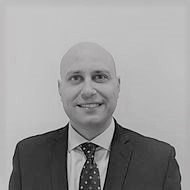 How to write a Legal CV

The Benefits of Using a Legal Recruitment Consultant